Release Blitz for The Seer’s Daughter by Athena Daniels 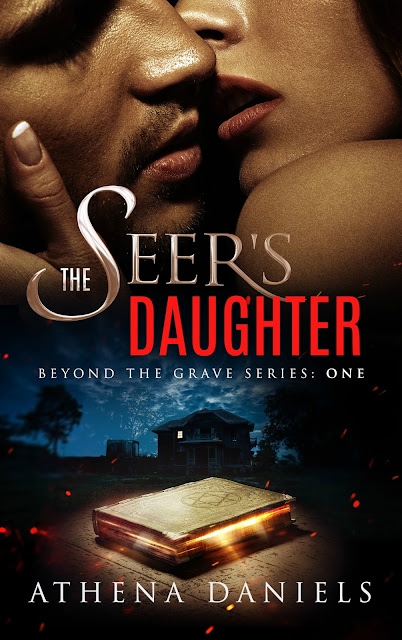 To save her, he must let go of everything he ever believed.

Upon returning to her hometown for her grandmother’s funeral, Sage Matthews is terrorized by a series of strange events. She dismisses each eerie occurrence as a by-product of her overwrought emotional state, until it becomes chillingly clear that something not of this world is desperate to get a message—or is it a warning?—through to her…

Detective Sergeant Ethan Blade comes to Cryton, South Australia, to catch a serial killer. When Ethan meets Sage—the latest victim’s beautiful granddaughter—his attraction to her is explosive and inconvenient. He knows she’s not crazy, but Sage’s theory about the murders is unbelievable.

With the handsome detective rejecting her ideas, Sage embarks on the supernatural journey that her grandmother started. What she discovers shatters everything Sage ever knew about herself—and who she really is.

Ethan’s routine case quickly turns personal when he discovers Sage is the killer’s next target. For her, he’ll break all the rules and cross every line. But how can he protect Sage from an evil he cannot even conceive of? 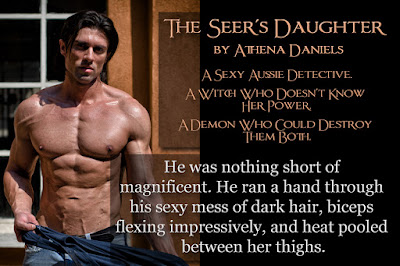 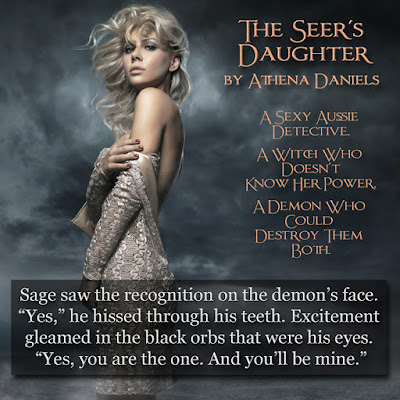 “You look so sexy lying there with your shirt ripped open and your hair scattered across the pillow.” His voice was deep, his focus intense. Her pulse tripped, skittering along in a new rhythm.

“Don’t move,” he ordered. He removed his gun and utility belt and placed them on the chair. Grabbing the neckline of his fitted gray T-shirt with one hand, he tugged it up and off in one swift movement. Sage knew she was staring. She couldn’t help it; his body was even more perfect than she had imagined. Well-toned, but not bulky, his muscles rippling with his movements. A thin and sexy trail of hair started at his bellybutton and disappeared suggestively into the top of his jeans. She struggled to swallow, her mouth suddenly dry.

Not taking his eyes off her, he undid the top button of his jeans and positioned his body over hers, resting his weight on his arms. His mouth captured hers, the deep kiss reigniting the fire that had barely banked between them.

She ran her hands over the taught contours of his abdomen, marvelling at the way the individual muscles contracted beneath her fingertips. She played with that neat line of hair, and he sucked in a breath, catching her wrists as she tried to tug the denim down. Capturing both hands, he placed them above her head.

“Thought I told you not to move.” His voice was barely recognizable, little more than a sexy rasp. He motioned to the chair where his utility belt lay. “Do I have to use my cuffs, or will you stay still?”

Cuffs? Oh hell, yes! An image of herself, restrained on the bed while Ethan teased and pleasured her needy flesh, flashed into her mind. The tender place between her legs throbbed its approval. 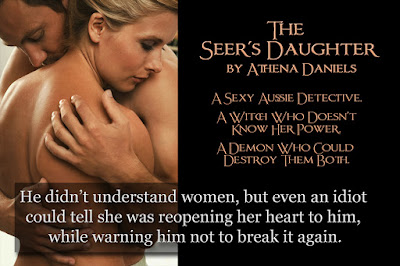 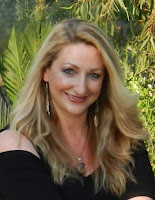 The author of Desperate, The Seer’s Daughter is her second novel. When she is not writing, you will find her at the beach, or under a tree with a coffee and a good book.

You can visit her at www.athenadaniels.com 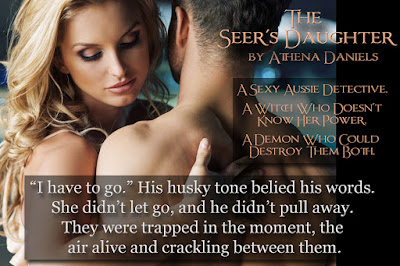 Giveaway
a Rafflecopter giveaway
Posted by Unknown at Monday, November 09, 2015