Jack McKenna is a man with two very distinct pasts. One ended with a car accident involving his girlfriend, Ally, and a split-second decision with horrific consequences. Desperate to escape the guilt, he carved out a new life for himself. Four years spent hiding in the shadows, punishing himself for not having the courage to go back to her. Then, out of the blue, a phone call forces him to face up to everything and everyone he left behind.

Ally Connor’s life was split in two—before the car accident that shattered her spine, and after Jack’s sudden disappearance. Abandoning her when she needed him most, she fought hard to make it back from the brink. The face she shows to the world is strong and courageous, but behind the mask, the pain is burrowing deeper.

But fate had more in store for these two broken souls than either could have imagined. A funeral, a homecoming and a journey of self-discovery that would change both their lives—if they let it.

Suddenly, the secrets they want to hide from each other are the very secrets that could make them whole again. 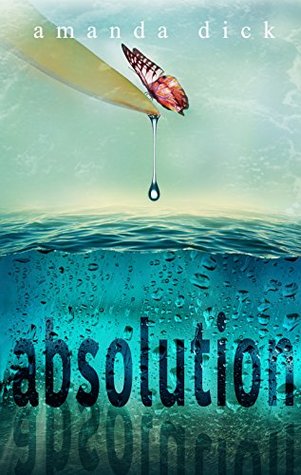 I received a copy of Absolution by Amanda Dick in exchange for an honest review.
This story is absolutely heartbreaking. It was a beautiful story abut forgiveness and second chances. Ally was an amazing character, very strong but also flawed in a completely real way. The way Amanda Dick has  written Ally and the situation she was in seemed very realistic and it had be sobbing like a baby at times.
Absolution shows how different people cope with  terrible situations they find themselves in. The mistakes they  made and the impact their choices have had on their lives. The author did a really amazing job of going back and forth to let us know what was happening  in the present and what had happened in the past.
I found this book to be completely enthralling and once I began I just had to find out how this astonishing book finished. I certainly recommend this book and suggest you have a box of tissues on you when you do.
Posted by Unknown at Sunday, February 07, 2016